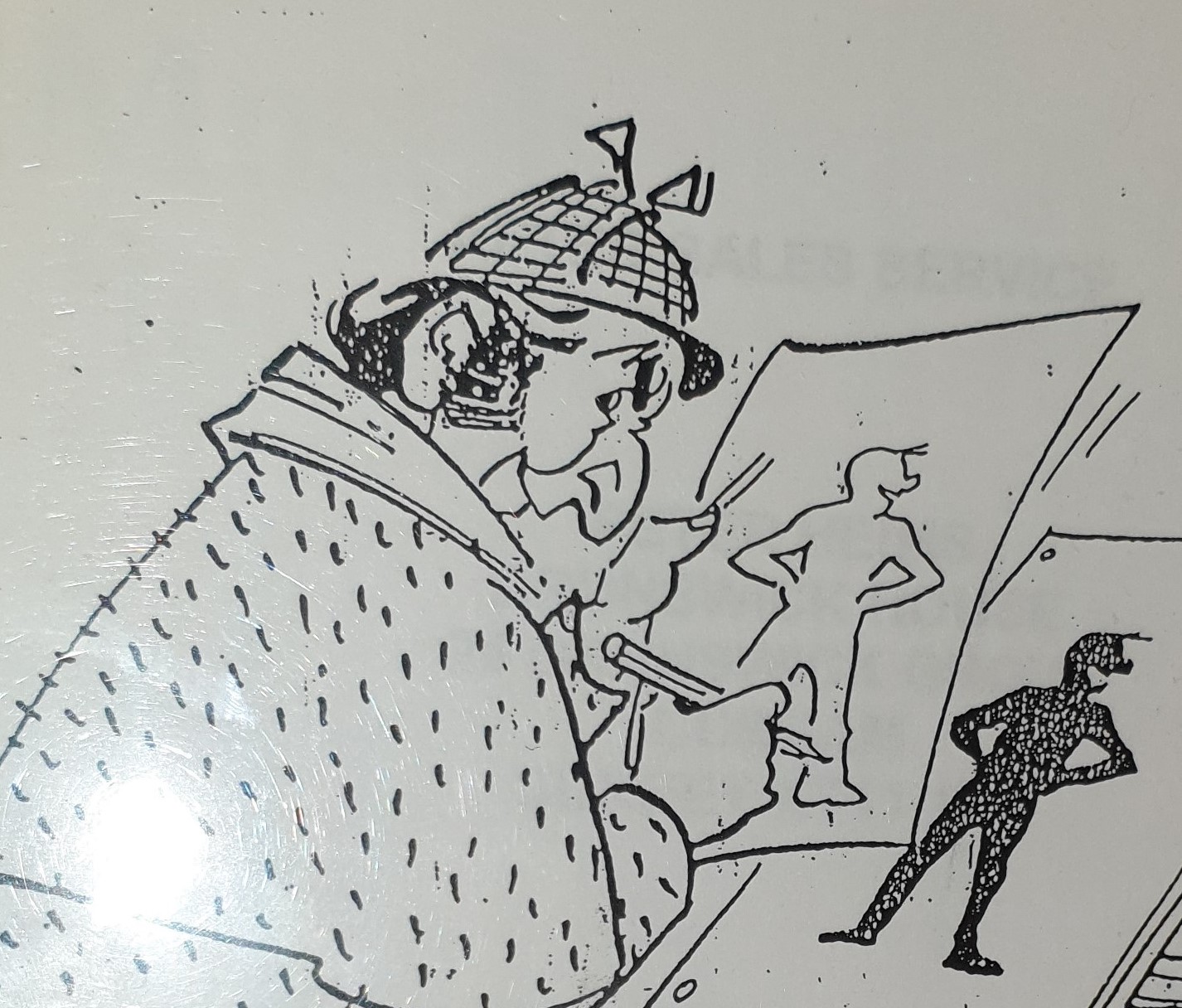 Peter Heims was one of the most respected Private Investigators in the UK. He became something of a guide when I joined the Association of British Investigators and he was always willing to discuss, assist and mentor those willing to learn.

We were both tracing agents in an era when open source research and database tracing was at its beginnings.

I recall Peter’s: Tracing Elusive Debtors Seminar (For senior tracing officers, supervisors and managers who are involved in the back-end collection of consumer credit) as the best tracing course I ever attended back in the 1990’s

I received an intriguing package at my office one day and was delighted to find that Peter had sent me the latest version of “Tracing the Debtor” with a bunch of press clippings and his ongoing notes. I suspected that this was his, “Master copy”. Peter was winding down in his career and he died some years later in 2013.

As a, then, fledgling trainer – having such an esteemed man in my corner was a fantastic boost.

In Peters memory I often opened training sessions with an, “Ice breaker” and asked those present – Who is the first private investigator of modern times…As a bit of fun, I would flash up a picture of Mr Heims and would await reactions. On one famous occasion one of my co presenters asked, “Is it me” – turns out my colleague had assisted with a surveillance as a boy on a pony and trap – following a pony and trap! Anyway, that son of Surrey is another story for another day. The answer is Vidoc.

I kept his memory alive with a bit of fun – This is how Peter would have wanted it. Indeed, Peter could be relied upon to bring a smile to anyone’s face – do you remember him – from a, “Non-Politically Correct Age”.

One day another beautifully wrapped package arrived – A Book by Peter Heims!!!

I opened the cover of Countering Industrial Espionage and read the dedication:

“For Kevin J Regan Teacher, mentor, employer here is to many new beginnings and new year’s!

It may also be time to teach other independent investigators through your own much anticipated biography”.

One of my colleagues and friends had remembered my dedication and respect of Peter – an amazing gesture.

One of Peters passions was professionalism, he wrote in Countering Industrial Espionage (1982):

“I hope, too, that in its own way this book may provide ammunition for those who, like myself, want to see the security industry cleansed of miscreants and doubtful characters…

clearly crime cannot be countered by the employment of those with criminal or dishonest tendencies. I have long worked for legislation to stop this loophole and shall continue to do so until this glaring anomaly is ended”.