The person acknowledged to be the first investigator of modern times was Eugene F Vidocq – a, one time, French Soldier, “Privateer” and Fugitive. This colourful European was born in 1775 (Arras, France), around the time of the birth of the United States of America. Vidoc founded: Le Bureau des Renseignments (Bureau of Information), in Paris, 1833.

Some years later Pinkerton’s Detective Agency and its Scottish born proprietor: Alan Pinkerton took the limelight in Chicago. Pinkertons operated in 1850 and conducted a lot of business in the American Civil War. Pinkerton himself, disguised as a Southern Officer infiltrated the Confederate Army in an undercover / information gathering role.

As the Pinkerton organisation grew over the years it became involved in racketeering and union breaking. The organisation took on violent political gangs like the, “Molly Maguire’s” and were known to shoot first and ask questions afterwards. In the campaigns against the railroad gangs which included Jesse James, a lot of innocent people ended up in jail – this is the origins of the term: “Railroaded”. Many of the United States in which Pinkertons operated sought on several occasions to, “Outlaw”, Pinkertons employees.

The term: “Private Eye” may also have originated from Pinkertons. Kate Warne, possibly the first female private investigator (Who is buried next to Alan Pinkerton in Chicago) may have been responsible for this term – she accompanied Abraham Lincoln who was in disguise and remained vigilant to potential assassins whilst they travelled overnight by train. Kate (A.k.a: Kitty), “Never slept a wink”….there is plenty of speculation as to where the eye on the Pinkertons Logo comes from – who knows?

Were not quite in the bracket of history making, but, we have carried on the tradition of the Private Eye, our current logo is that of a P & an eye…… 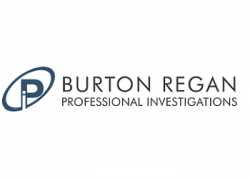