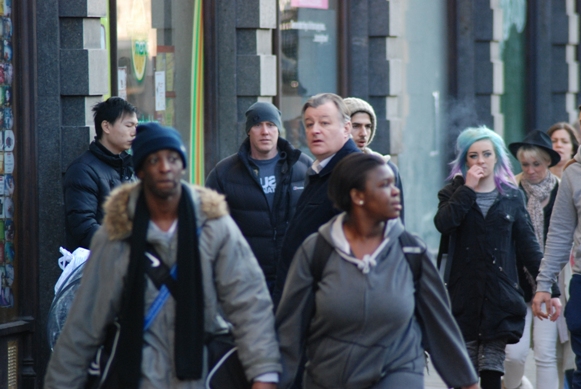 As you will know, the Award for Professional Investigators syllabus covers: Planning, Gathering Information and Reporting. It then covers the application of laws and codes of ethics, protocols as they affect your duties as an investigator – specifically around: surveillance, statement taking and interviewing. The Award for Professional Investigators will also make you aware of issues in the industry in general – such as potential transgressions when acquiring data….

In the early days, when industry consultation was underway, a lot of the syllabus was drawn up and concerned itself with: “Preserving evidence” and protecting property….the original concept was that the licensed private investigator sector would become a form of police support, taking statements, conducting interviews and even preserving evidence at crime scenes – tracing people and serving documents are not considered a, “Core”, skill…

Over the years, the landscape has changed and a lot of the “Police support” work has been passed to the corporate private sector.

The delays in licencing the investigators in the private sector have arisen at many junctures. One of these was the point whereby various study groups and industry think tanks sought to define: Private Investigator Activities. The syllabus that has emerged omitted: Tracing People and Legal Process Serving as, “Core competency”, skills – there are difficulties in defining these activities as “Licensable”, probably because of, “Definitions” and the difficulty in categorising for example a private investigator that also acts as a debt collector, who, is already regulated under a raft of other laws…

We rectify the omissions by providing enough basic information to our learners at: Private Investigator Training UK, using additional study material or class room based learning.

The syllabus has been further altered to include a full understanding of breeches of the Data Protection Act, in response to submissions from the Serious Organised Crime Agency and following the “Phone hacking Scandal”. The Private Investigator is incessantly painted as a practitioner in the, “Dark arts” and whilst the stereotypes do not match reality, mud sticks and the process of licencing is further complicated.

The delays in getting the green light for licencing has meant that a confident, hard working and competent private investigator sector has been put on the defensive and forgotten about – we can however, recover and take advantage of future opportunities when our professionalism is recognised and the licening process goes ahead.