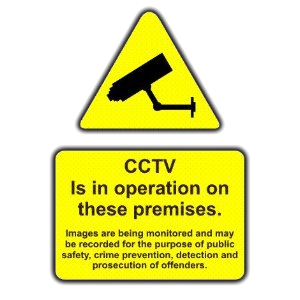 Some while ago, a Solicitor called and asked if we had expertise in investigating a problem concerning a retail outlet. The Solicitor in question pointed out that they do a lot of business with the company and needed a thoroughly professional and competent investigation job. I assured the Solicitor that we could be trusted to do it and the area manager telephoned and introduced herself the next day. The problems centered on several current employees who had been, “identified”, by a departing employee as people to watch regarding the theft of high value, items.

At a meeting at our offices the area manager and store manager admitted that they were slack, in terms of stock checks and accepted a % of the stock could often not be accounted for – their latest checks revealed that a dozen or so items of high value over a thousand pounds and smaller items of lesser values were missing from the outlet.

It was decided to fit covert CCTV covering the premises and we agreed to meet the Manager and the Company Accountant at the depot later in the week, after the employees had gone home. We made a call to a specialist firm with expertise in the installation of covert cameras. The way things work at this level is that your sub-contractor behaves just like your own employee. The “Gentleman’s agreement” here is that the people you bring in will, “Assess and quote for the work”, once assessed they will do the job and the invoice will be sent to you. The invoice you send will take care of your margin.

We spoke at length to our sub contractors over the phone and they agreed to send a representative to assess the job.

In the meanwhile we advised the Manager to put up a sign saying that: “CCTV is in operation”. Any evidence gained by CCTV could be thrown out by a clever lawyer – sometime in the future, if a sign was not in place and a Data Protection breech was proven. The depot manager had a rusted old sign, dusted off and put back on the wall…

We identified four key areas that needed to be watched, the car parking area, the store entrance, the shop floor and the boxes containing the goods that were going missing. “If you were invisible, where would you stand”, was the question asked to the management…a cctv camera with a low light lux (One that could pick up details in the dark) was used.

For ease of viewing – four different feeds onto the same screen is probably optimum. If you have sixteen feeds onto one screen and there is action in ten of the screens you will have little chance of scrutinising everything that happens and could miss that all important moment!

The installation went ahead without great incident – a good rapport was established with the manager who remained entertaining and hospitable throughout. We had given the client a “Rental” price and a: “Buy outright” price. Obviously the removal of the system would have been a lot of work, so, we encouraged an outright purchase.

Things moved quickly and the area manager telephoned one evening to ask if audio could be installed as he could see employees, “Larking about” and wanted to hear what they were saying. The CCTV feeds had been modified at the depot by the in-house computer experts and the depot manager and others were watching the cameras from their home pc’s! I advised the manager that he could only use the covert CCTV for the detection and prevention of crime and that it was not appropriate or legal to use the cameras to monitor employee behavior.