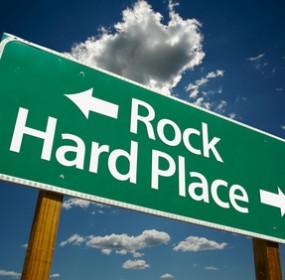 The tabloid press has taken a battering in the UK, especially since the phone hacking scandal. The press are trying to retain their editorial freedom and remain regulated from, “Within”.

A lot of the “Bad” publicity surrounding Private Investigators has emanated from the media who continue to misrepresent or more accurately, misunderstand the private investigator. News International, before it’s demise used investigative journalists who masqueraded as Private Investigators when it suited them. They had no concern about damaging our industry.

The legislative framework has tightened and is being tightened around the Private Investigator. Lawyers, streetwise consumer activists and the steady build up of regulation have encased the modern day investigator. The public reaction to the concept and reality of the, “Surveillance Society”, has brought enormous pressure to bear and your working life as a private investigator is fraught with dilemmas over the law and legislation.

Let’s take an example that could place you on the, “Horns of a dilemma“: A member of the public talks you around into meeting them. It is easier to meet, “Face to face”. You decide to meet in the morning – the meeting area of a local hotel is the venue. You begin to understand that the potential assignment is more than locating and recovering a motor vehicle as the conversation isn’t about a broken lease agreement or an employee not returning a vehicle – it’s about a good old matrimonial mess. In actual fact you are being asked to locate the ex wife more than the matrimonial asset. Fortunately, you are, “Awake”, to the issues around surveillance and tracing and you introduce the paper work early doors…..to fully cover and indemnify yourself you also make sure that the client is completely educated in what you can and what you cannot lawfully do to progress the inquiry.

In this case you take careful copies of the legal proceedings that are ongoing – the legal letters sent to the party and a copy of the court order that orders the return of the vehicle….So you are, in effect, tracing a debtor using surveillance – because you have been diligent at the start of the process you will proceed without problems…. If there are accusations flying around at a later date then none of them will come back to bite you.