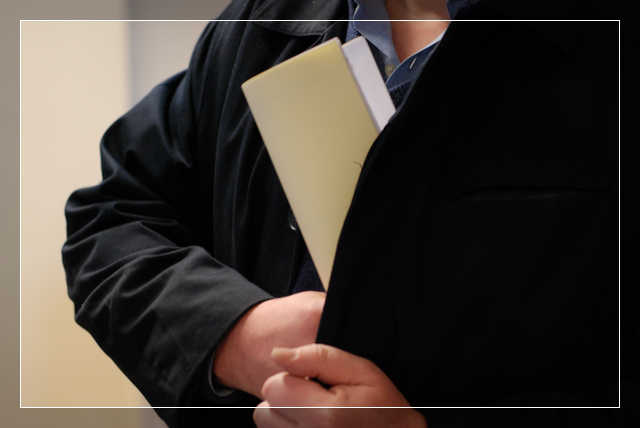 Process Servers are servants of the Courts and as such, subject to Civil Procedures Rules and Criminal Procedure Rules – this means that you must serve the documents within certain time scales and you should serve the papers either personally or in the prescribed manner or criteria.

Typically, your instructing client will guide you here…”The papers have to be served by being handed to: Mr/Mrs………. If he/she refuses to accept the papers they can simply be, “Left with him/her”.

The reality on the ground is that with experience, you will understand the basic concept of “Personal service”. To prove the serve has been effected you provide a signed and dated Statement or an Affidavit that is used by the Court to determine facts. “We will require proof of service; a certificate of service will suffice, or alternatively a statement or affidavit would be acceptable”.

So what happens if you come across a situation whereby you identify the person to be served but violence is threatened? – The law of self preservation is paramount and I would suggest a tactical retreat (Back off, de-escalate)…read the body language and respond to what is being said. If you go back twenty minutes later and post the papers through the door….then as long as you set out exactly how the serve was effected the Courts will recognise you predicament and will accept that the papers have been correctly served.

There are thousands of situations that can arise and the people you serve might even try to mislead you. Adopt a strategy whereby you are successful in the serve. Remember that if you lack diligence or if you are sloppy at any stage of the process your serve might be deemed to be incomplete and might be rejected.

Very occasionally, the party you serve may claim that they have not received the papers and that they were unaware of the matter. This is a potentially critical situation as your credibility is on the line.

In 25 years of process serving I have had to appear at the Court to give my version of events on two occassions.

The first was a chap who ignored a succession of Court Orders telling him to stay away from his former partner. Eventually, I served him outside a Court building…the papers were dropped on the floor at his feet as he walked off after my verbal explanation. The papers blew away and I would have collected them and dropped them at his address only he was, “No Fixed Abode”. The Judge at the time must have accepted that I had made every effort to personally serve the papers and the chap was sent to Prison as he had breached the, “Notice to show why you should not be sent to prison Order”. He, subsequently, appealed to the Court that he had not received the Notice, but, result for the Process Server, the judge decided that he had (In fact) received the Notification and that he had been correctly served.

Another extreme situation arose when the service of a Divorce Petition was contested. Here a lady after several abortive service attempts was tempted to open her door a couple of inches. She claimed that the person I wanted was her sister and that if I left my details she would pass them on. In the normal course of events I would have accepted her word, but, I had been forewarned of her evasiveness and I pretended to write out a note of my contact details, things relaxed, the door opened a bit more – I was actually looking at a passport sized photograph in the palm of my hand of the Respondent, I looked at lady at the door and looked at the photo. It is a difficult call, you could be wrong, but, she was one and the same. Papers served….lodged in the doors housing as the door snapped closed. Sat outside the Court, after the Judge had upheld the serve as correct, I watched the Respondent and her sister sobbing. They looked totally different and I nodded my head ruefully – nice try!

The Courts are very adversarial and the solicitor or barrister will try to make you look like a liar. Be truthful and honest and keep accurate reports about the serve. We are not machines and accept that mistakes happen, by the same token, take a metaphorical pat on the back if you have acted correctly and to the best of your ability in the particular circumstances that you were in.